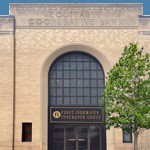 First Indemnity Insurance Group was inspired by a family business founded with the tradition values of hard work, customer focus and high standards of professionalism. In a small town of Winthrop just east of Boston proper, John M. Biggio founded Biggio Insurance in 1958, writing personal policies out of his home. He built his business and later hired several of his children and today the agency is a leading property & casualty lines writer in Massachusetts. With over 50 years of dedicated customer service, the agency is now known as the John M. Biggio Insurance Agency still located in Winthrop, MA.

One of John's sons, Andrew, worked summers for his father and after graduating from college went to work for the highly respected, Frank B. Hall Agency, that was later acquired by AON. With a BA from Bridgewater University, Andrew started his full time insurance career Frank B. Hall as an underwriter working on the Massachusetts State Bar Lawyers Program. After five years of in-depth involvement in lawyer insurance, Andrew Biggio went out, on his own and founded First Indemnity Insurance Group (initially established as First Union Insurance) in 1989. In keeping with his family heritage, Andrew named his father, John Biggio, as a fellow Corporate Officer in the new company, a title John Biggio still retains today. During the 1990's, First Indemnity developed strong business relationships with P&C agencies and brokerages. By the early 2000's, Andrew's business started to expand to the Southeast, Midwest and eventually to the West Coast.

Over the past five years, First Indemnity has developed strong relationships with highly rated insurance carriers. The firm also developed a specialty program for professional liability that allows his team to rate, underwrite and bind policies for lawyers and law firms. Through hard work and strong negotiation with his carrier partners, Andrew now offers some of the most competitively priced lawyer liability premiums in the country. In 2006, First Indemnity leveraged its professional liability experience to expand into specialty products and services for the Home Inspectors community.

The company is now a player on the national legal insurance stage and more than ever remains focused on each of its client's exposures and liability coverage options. Clearly, First Indemnity lives up to its client-centric approach to the lawyer liability business as captured in the agency's signature motto; “Your defense is our focus."
Professional Liability Products
First Indemnity Lawyer Program
Commercial Business Products